Between the edges of the day to day reality we live, and the boundaries of what we fear and distrust, Jordan Peele’s Twilight Zone has once again reminded viewers that the revitalized 1960’s anthology series was always more than a handful of screams and terrifying cliffhanger endings, it was and has always been a social commentary first and sci-fi thrill series second.

Since the much-anticipated relaunch was announced, many critics and viewers were already deciding whether or not the series was going to be a smash hit or a massive blunder. It seemed that Twilight Zone fans wanted to go into the show with their minds made up, without giving the new series much of an objective shot at showing what it would bring to the table. The primary schism that has drawn the largest divide amongst fans was that the new narrator and series director would be liberal comedian and horror filmmaker Jordan Peele. Immediately more conservative viewers began to declare the new series as liberal garbage and a failure to launch.

To a certain degree, the anti-Peele voices got one thing right, the tone of the episodes in Season One of CBS All Access’s The Twilight Zone would contain political and social commentaries that range from being slightly left of center to outright, on the noise, social justice talking points.

What most critics and viewers failed to understand however was that Peele (nor Rod Serling’s daughter whom gave Peele her blessing as director and narrator) never denied he was going to dive sometimes headfirst into controversial topics in the first season. Episodes under Peele’s run thus far have consisted of themes ranging from racial profiling and police violence to “toxic” masculinity and immigration. However, as a more right-of-center person and an avid Twilight Zone fanatic, I wouldn’t expect any less of an idealistic tone in the episodes from any other director or writing team, liberal or conservative.

In the season finale titled “Blurryman”, Peele ultimately flipped the whole argument on the audience itself, reminding viewers both old an new that the staying power of the Twilight Zone has always been its powerful storytelling ability to combine our fears of the unknown and the nightmares caused by our current reality. In the episode, the viewers are quickly shown that “Blurryman” is not simply another regular episode. All the promotion for the episode hyped the guest appearance of comedian Seth Rogan, who in actuality isn’t the main focus of the episode nor is in it for more than a minute.

The second spin is that Peele, the series Narrator following in the footsteps of Serling, ends up breaking character as it turns out that the episode is actually about a cast and crew filming a fictitious episode of the show. This was a risky and bold move on the part of Peele but ultimately plays out through the episode. Guest star Zazie Beetz plays an episode writer named Sophie Gelson for the Twilight Zone, who discusses the cultural relevance of the series specifically to Jordon Peele (simply in the role of an actor on set) who feels the lines for his role of the Narrator just aren’t captivating enough for Rogan’s episode. Beetz in her conversation with Peele discusses how the Twilight Zone isn’t simply a sci-fi show packed with moments to make you shutter, scream, and be entertained, it is as Serling always intended it to be, a social commentary of the times we live in through the medium of entertainment and in the genre of science fiction.

In Beetz’s opinion in the episode (and the opinion of true Twilight Zone fans), the show is only as powerful as the stories they tell and the messages they carry, making what they do a true art form instead of another entertaining show. From there, Beetz quickly realizes that she is actually in the Twilight Zone herself. Chased and taunted by a mysterious “Blurryman” the bulk of the episode seems different from the others in the season as a whole because we mostly see Sophie running, screaming, and tripping from the Blurryman like the main female lead in any other horror or sc-fi feature. This is intentional, however, because now we see the Twilight Zone without the story, without an overarching message, and because of that, viewers during the episode are mostly left asking, “what’s the point?”

In the final minutes of the episode however, it is shown that as it was in the beginning of the episode, everything was done with intention for a very clear purpose- here is the Twilight Zone as a non-controversial, non-envelope pushing series, its kind of boring when you take away what makes it special isn’t it? Luckily, however, the viewers are rewarded in a way no one expected going into the episode.

As Sophie finally confronts the Blurryman, it turns out to be in fact series creator and original Narrator Rod Serling (via CGI and voice actor but fantastically done nonetheless). “I take it I have your attention. Good” Serling says to a speechless and obviously shocked Sophie, “there’s a lot to explain.”

“Wait” Sophie interrupts, “where is… what is this place?”

“I think you know where we are” Serling explains, “its where you belong. You’re ready now, Sophie. We’ve got a lot of work to do” then gesturing to that iconic Twilight Zone door right behind him. “What do we do when our world is turned upside down? When everything we thought to be true is ripped away, and we’re forced to face a new reality? Sophie Gelson has just awoken to the fact that when we put away childish things, we may be closing our eyes instead of opening them. And that perhaps our only hope is to face all reality, a multitude of truths not shrinking from that vital, arrogant, fatal, dominant “X” beyond imagination, but to embrace it. To open ourselves to the unknown, not the end of the story, but a new beginning for the Twilight Zone.”

Ultimately the biggest risks in “Blurryman” turn instead to its biggest triumph, reminding all viewers that the Twilight Zone has always been a mechanism to make harsh conversations more digestible, turn complicated issues into something more relatable, and force us to look deep into the story to decide what it says to each individual viewer, who in their own way, must look deep into their own hearts and minds and ask how they would fair facing their own shortcomings and fears…in the Twilight Zone.

Remso W. Martinez is a journalist and Amazon bestselling author of “Stay Away From the Libertarians!” You can follow him on Twitter @RemsoForVa or on his website rwmartinez.com.

Remso W. Martinez is a journalist and Amazon bestselling author of “Stay Away From the Libertarians!” You can follow him on Twitter @RemsoForVa or on his website rwmartinez.com. View all posts by Remso W. Martinez 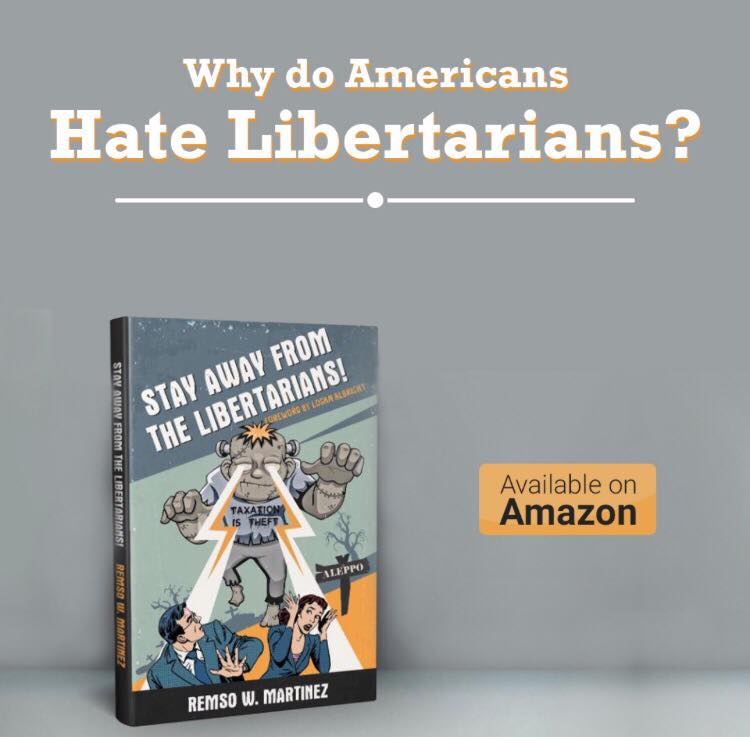 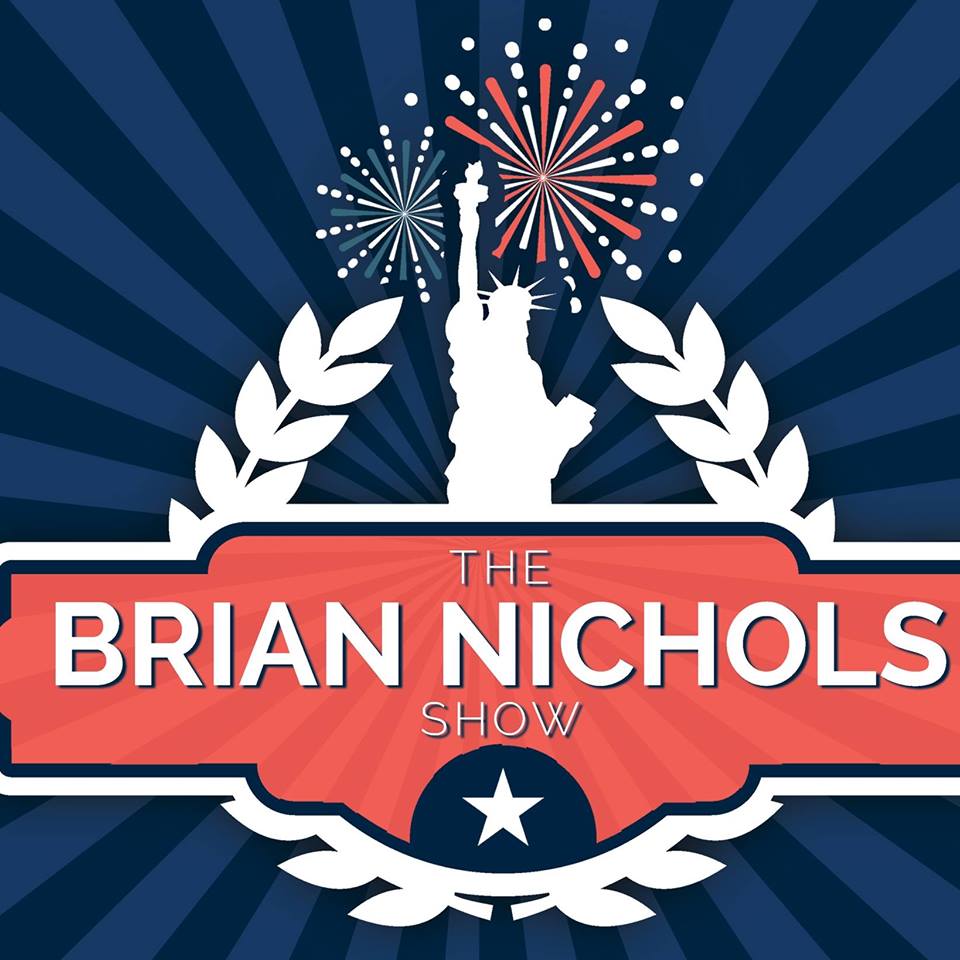